If You Aren’t Already Preparing for Open Enrollment, You’re Behind. 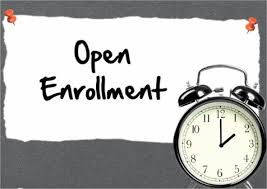 It may only be July, but open enrollment is right around the corner. And, if you’re like most small to mid size business owners, you’re probably not ready.

Yeah, you may have gotten updated numbers from your provider for the upcoming plan year. But what, if anything, else have you done?

According to Employee Benefit Adviser, most companies are grossly underprepared, at this point in the year, for the conversations they’ll soon be having with their employees about plans and coverage. In fact, in their Open Enrollment Readiness Benchmark communication planning earned a score of only 17 (out of 100!). Preparing employees to enroll scored even lower, at a 16.

What’s worse is that the benchmark report released in May, which is the most recent, revealed that employers were even less prepared than they were in April. So very little, if any, progress is being made.

Those are sad stats to see, especially given the importance of benefits, particularly health insurance. So, while open enrollment may feel rather grueling to you and your employees, it’s more crucial than you know.

For employees, benefits are just as, if not more, important as pay. In fact, eight out of ten workers say they’d rather have new or improved benefits than a higher salary. That’s especially true in today’s time of meager two and three percent raises.

The value of benefits, on the other hand, is significant. According to the Society for Human Resource Management (SHRM), benefits account for a third of a worker’s total compensation. That’s an average of about $8,669 per employee for health coverage alone.

But employees still need to be made more aware of the benefits available to them. In a Securian Financial Group survey, 56 percent of workers didn’t know that many companies offer supplemental insurance that they can purchase at a discounted rate to cover things like accidental injury or disability. And among companies who offer these types of coverage, only about half of the eligible employees sign up for at least one option.

And millennials are a demographic that’s suffering more than most people realize. Despite being the group least likely to sign up for supplemental coverage, a third of millennials faced out-of-pocket expenses due to an accidental injury.

Also, in a recent survey by Guardian Insurance, 80 percent of workers thought they understood their benefits very well. However, after further questioning, less than half of them actually did. Employers were a little closer to the truth, as 62 percent thought workers understood their benefits very well. We’ve still got to do better. Help your employees know the things that they don’t even know they don’t know! (Read that sentence a few times. It will get clearer.)

There’s a reason to rush.

The reason for all these statistics is to light a fire under you to help you understand how important benefits are to your employees. Sure you know that deep down. But your readiness to educate them and help them make informed decisions could be sending them a different message.

Start now preparing for a more interesting, education, and even tech savvy open enrollment this year. Your employees will thank you.