How to Handle a Surprise Medical Bill 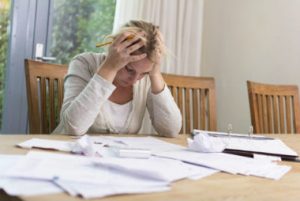 If you’ve ever received a surprise medical bill, you’re not alone. According to a survey conducted by NORC at the University of Chicago, over half of American adults have been surprised by a bill that they had assumed would be covered by their medical insurance. Moreover, only 1 in 5 of these surprise bills were the result of a patient actively seeking out-of-network care.

What is surprise medical billing?

When you seek medical care, you often choose where you go to obtain care based on in-network providers. Choosing in-network care is typically the most affordable option.

How common is surprise medical billing?

In either of these cases, while there was little patient control over provider selection, the patient will be responsible for the percentage of the bill that insurance doesn’t cover. Essentially, you’re billed the balance that remains on the bill. In the majority of cases, patients were unaware of the out-of-network provider until they received the surprise medical bill.

Medical services that can often result in balance billing include:

As previously discussed, the majority of patients didn’t know that the provider of their services weren’t in-network. In fact, 7 out of 10 individuals with costly surprise medical bills had no idea until they received the bill.

Last year, the concept of surprise medical billing made the news when a Texas man suffered a severe “widow-maker” heart attack. While he made a recovery, he was hit with a startling surprise balance bill of nearly $109,000. The man’s emergency care and hospital stay totaled up to $164,941 and his insurance covered $55,840. The hospital where the man was treated was out of his insurance network, which resulted in the extraordinarily expensive surprise balance bill.

The man and his insurance company fought the bill and tried to negotiate it down, and ultimately a deal was made after the story made national headlines. This man’s story is an example of what many Americans experience, especially when they need emergency care and have little to no choice in where they obtain their care or the services they need in order to save their life.

Are there any laws in place to protect patients from balance billing?

While not always illegal, balance billing can be incredibly frustrating and financially stressing for patients. Federal and local governments have taken strides to address the problem of surprise medical billing, but the issue still persists.

While you can’t always avoid receiving a surprise medical bill, being a wise health care consumer whenever possible can help lessen the possibility that you will receive one. Of course, in an emergency and life-threatening situation, you should seek out the nearest care center.

Asking questions about the care you need to receive can be intimidating, but doing so can help you avoid surprise medical bills. Being an informed consumer can help you make the most informed health decisions and protect your wallet.

For more information on health care comparison shopping or resources on in- versus out-of-network providers, please contact HR.