How Does the Hobby Lobby Decision Affect My Workplace? 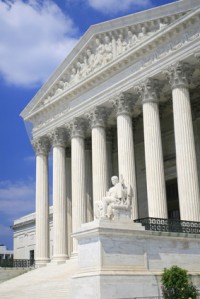 No matter what your opinion (and everyone seems to have one) on the outcome of the recent case involving Hobby Lobby and its pleas for exemption from the mandate to provide its employees with access to a few specific forms of birth control, it raises many questions about how the Court’s decision may–or may not–affect your workplace.

The ruling is of particular concern for small business owners, especially those that might be defined as closely held companies.  While only time will tell what ramifications the decision will have on future interpretations of the law and how subsequent cases will be decided, here are 3 immediate ways it affects the way your company doles out benefits.

Read the full text of the article below, or click here to view the original source.

In case your wifi, 4G, 3G, dial­up, TV, radio, and other
electronics picked the wrong day to quit, the long and short of
yesterday’s Supreme Court decision is this: Smaller, closely
held (think: family owned) companies don’t have to provide
Obamacare access to birth control if doing so would conflict
with an employer’s religious beliefs.

3 ways it affects your workplace

So, how does yesterday’s decision affect your workplace? Here are three (3) ways:

1.  The court’s opinion creates a Obamacare exception for closely held business. If
your company isn’t closely held, then there’s nothing to see here.

2.  The Hobby Lobby decision does not allow employers (closely held or otherwise)
to discriminate against employees under the guise of a religious practice. In the
dissent, Justice Ruth Bader Ginsburg pondered, “Suppose an employer’s sincerely held
religious belief is offended by health coverage of vaccines, or paying the minimum wage
or according women equal pay for substantially similar work. Does it rank as a less
restrictive alternative to require the government to provide the money or benefit to which
the employer has a religion­based objection?” Well, no. The majority recognized that “the
Government has a compelling interest in providing an equal opportunity to participate in
the work force without regard to [a protected class], and prohibitions on [discrimination]
are precisely tailored to achieve that critical goal.“

3.  The Court’s opinion is a good reminder about religious accommodations in the
workplace. Title VII requires covered employers to make reasonable accommodations
for a worker’s sincerely held religious beliefs unless doing so would impose an undue
hardship on business operations. The “sincerity” of an employee’s stated religious belief
is usually not in dispute. (More on that here). And, in these situations, an employer
should not judge the employee’s religious belief to determine whether it is plausible.
Rather, the focus should usually be on whether the accommodation would impose an
undue hardship — because the burden there is rather low.

This was originally published on Eric B. Meyer’s blog, The Employer Handbook.

Eric B. Meyer is a partner in the Labor and Employment Group of the Philadelphia­based law firm
of Dilworth Paxson LLP . He dedicates his practice to litigating and assisting employers on labor
and employment issues affecting the workplace, including collective bargaining, discrimination,
employee handbook policies, enforcement of restrictive covenants, and trade secret protection.
Eric also serves as a volunteer mediator for the United States Equal Employment Opportunity
Commission. Contact him at emeyer@dilworthlaw.com.