How Does Health Care Affect the Presidential Campaign? 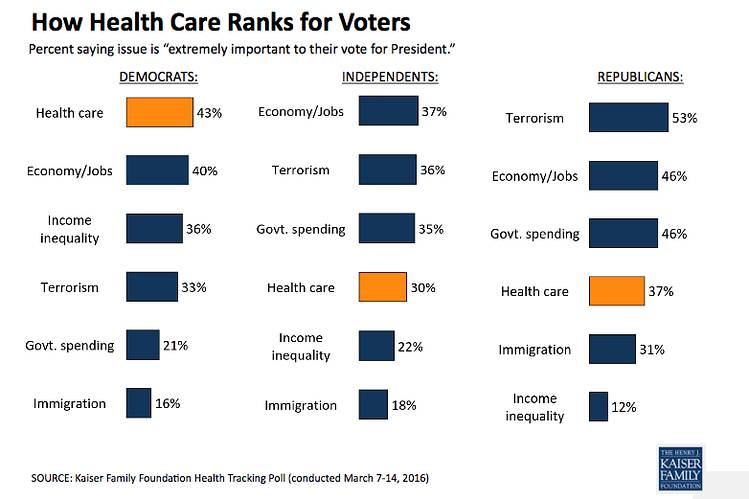 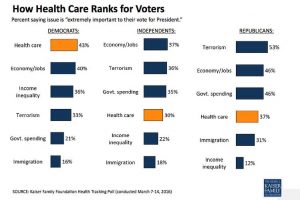 As the presidential candidates continue to hash out campaign issues, ranging from the mundane to the outright bizarre, it seems like health care may have taken a backseat to some of the other hotter topics.

While it certainly isn’t off the radar of most voters, it’s clear from a recent Kaiser Family Foundation survey, that it is more important to some than others. For example, Democrats, to whom health is historically a top concern. However, while health care topped the charts for Democrats indicating their “extremely important” voting issues, it ranked just fourth for Republicans, despite their outspoken determination to repeal Obamacare.

It’s important to note, though, that when speaking of health care as a voting issue, Americans aren’t necessarily referring to the Affordable Care Act alone. Other common concerns include issues such as access to care and the ever-increasing cost of health care.

As the election approaches, factors like drug prices, Medicare, opioid abuse, and reproductive health concerns, will continue to influence voters and their views on each candidate’s stance on health-related issues. But no doubt the ACA will likely remain chief among them.

For more information about how health care issues affect the presidential election, check out this recent blog post on the Wall Street Journal.