5 Charts to Show What Retirees Will Spend on Health Care 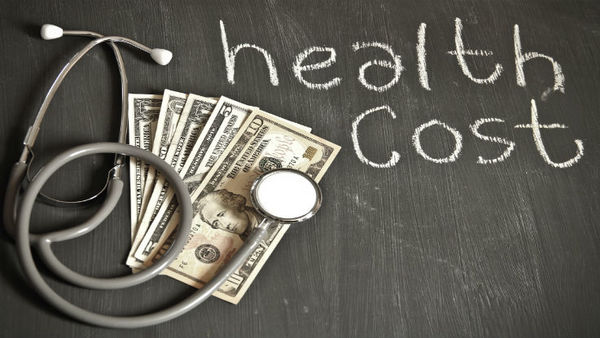 With healthcare costs on the rise, individuals who are approaching retirement may need to take a second look at their savings to make sure this important expense is accounted for.

A recent report by HealthView Services indicates a 65-year-old couple in good health who retires this year could expect to pay a lifetime out-of-pocket amount of $266,589 on top of what’s covered by Medicare Parts B and D, as well as a supplemental insurance policy.  Add in other costs like dental and vision and that amount increases to $394,954, which could account for a significant portion of many retirees’ budgets.

Below are 5 charts, along with excerpts from the LifeHealthPro article explaining the findings from the report.

Table A displays annual health care premium costs for Medicare Parts B, D, and a supplemental policy at ages 65, 70, 75, 80 and 85 for an average 65-year old couple retiring today. As indicated, the couple can expect to spend $583 per month during their first year of retirement. This monthly expense is likely close to what the couple would be accustomed to paying if enrolled in an employer-sponsored plan. However, this number will more than double by age 85.

Retirees whose Modified Adjusted Gross Income (MAGI) exceeds this income bracket will face Medicare surcharges and significantly higher costs. If the same couple earns more than $170,000 in retirement, surcharges could raise their Medicare B and D premiums by 35 percent to over 200 percent. An affluent 65-year-old couple retiring this year who falls into Medicare’s top income bracket will pay $279,377 in lifetime Medicare surcharges. A 55-year-old couple retiring in 10 years will pay $375,864.

The change anticipates a modest rise in CPI, and a health care inflation rate that is a multiple of CPI, consistent with the historical trend of the past 50 years. The year-end 2014 summary from the Centers for Medicare and Medicaid expect retirees to endure at least eight years of health care inflation of between 5 percent and 7 percent.

Table J displays cost differences based on selected coverage for a 65-year-old couple living in Ohio. This couple can expect a doubling of health care costs with addition of supplemental insurance premiums. Costs rise by almost 200 percent when other out-of-pocket expenses are included in the projection.

If this couple’s annual income exceeds $428,000 (placing them in the highest modified adjusted gross income bracket), health care costs total $670,962 — a 394.5 percent increase over the basic cost of Medicare Parts B, and D premiums.